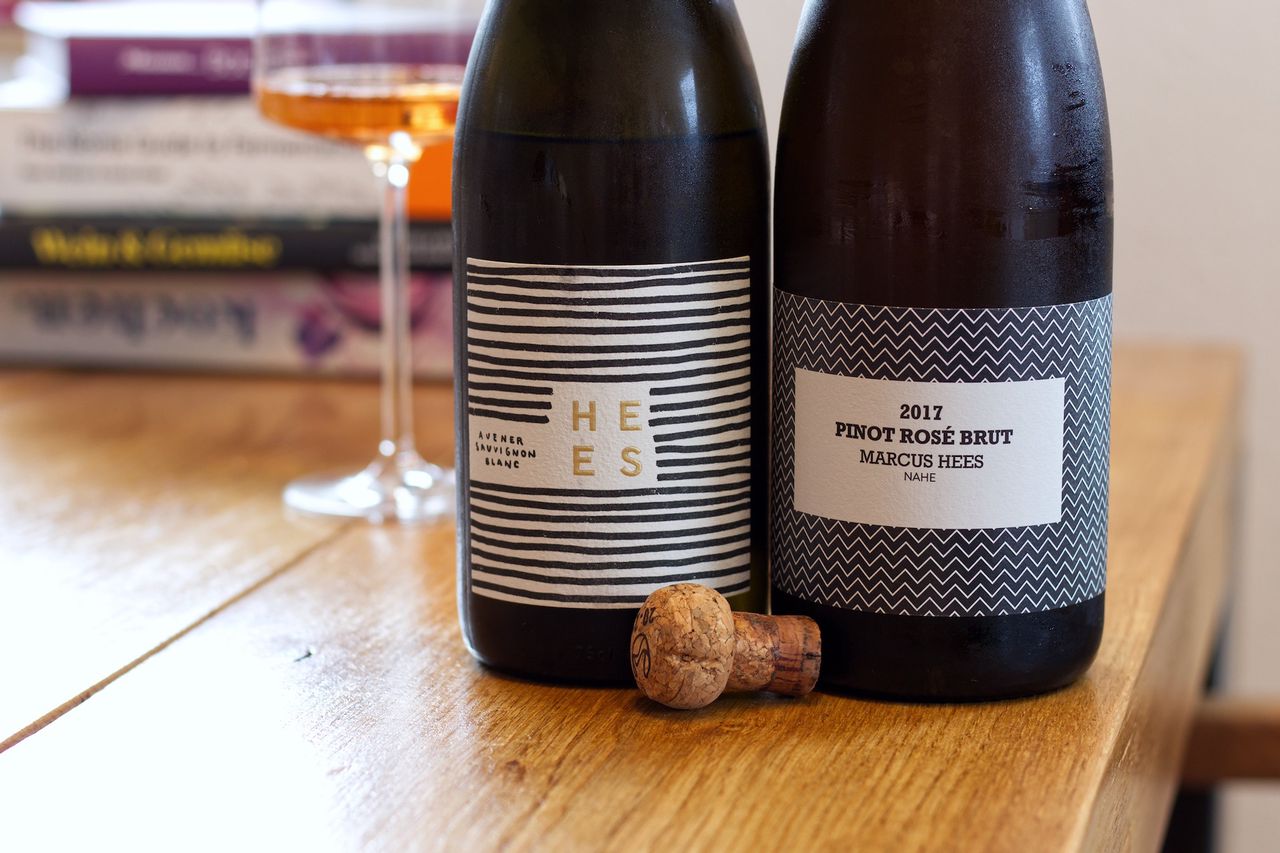 You don’t pay attention for a moment and the year is almost over again. Sauvignon Blanc and pink bubbles are probably not what you would associate directly with the temperature outside your front door, but that doesn’t matter. We’ll just drink this anyway now. The two bottles come from Marcus Hees from Auen on the Nahe. Never heard of that village? Doesn’t matter either, I feel the same way. Auen is located somewhat north of Monzingen, which with its Halenberg should say something to the ambitious wine drinker. Marcus Hees leads the winery in the ninth generation and can look back on a family tradition in viticulture into the early 19th century. Although the Nahe is of course primarily Riesling area, Marcus decided in 2011 to plant Sauvignon Blanc. This is fermented spontaneously after harvest and aged in 500 liter barrels on the full lees. We also drink a bottle of Pinot Rosé vintage sparkling wine from 2017, which is fermented and aged in used barrique after harvest and then allowed to age on the bottle for over 30 months before being dosed with just under 4 grams of residual sugar. That’s quite a bit of time on the bottle for the under 20 euros asking price.

The Sauvignon Blanc starts off pretty quietly. There’s a bit of reduction, a bit of stone and exotic fruit is there, of course. On the nose, this seems dark rather than bright, with some lychee and a bit of green. Then in the mouth, the wine is super crisp and has lots of passion fruit, which somehow doesn’t show up at all in the aroma. It’s really super fresh. This is clearly Sauvignon Blanc, but with the freshness and also the minerality, there’s so much tension that it picks me right up as well.

The wine has something slightly yeasty on the nose a day later. I find that the fruit remains relatively subtle when measured against the fact that this is Sauvignon Blanc. This is intense but not intensely fruity, and by now has also developed a really nice creaminess on the nose and texture on the tongue. Very strong.

The Pinot Rosé wanted out of the bottle almost by itself. The capsule and agraffe basically dissolved on their own at the first light touch. I’m really glad that the cork was so deep in the bottle that it couldn’t autonomously make the decision to shoot out at me. Would not be the first to do so. This means the contents landed in the glass and not at the skylight.

The wine then compensates for the brief moment of shock. There is red, zero cheesy fruit, lots of tartness and a bit of bread. The bubbles are abundant, but super fine, as fine as only many months on the bottle can do. As with the Sauvignon Blanc, there’s plenty of freshness in the wine, this is citrusy and has a bit of lactic. The better half quietly murmurs lemon buttermilk from across the table. Rosé sparkling wine is sometimes rather inconsequential I feel and this one is not that at all. This has traction and power and is by the beautiful fruit yet somehow also very charming and the bottle empties then indeed almost as if by itself.