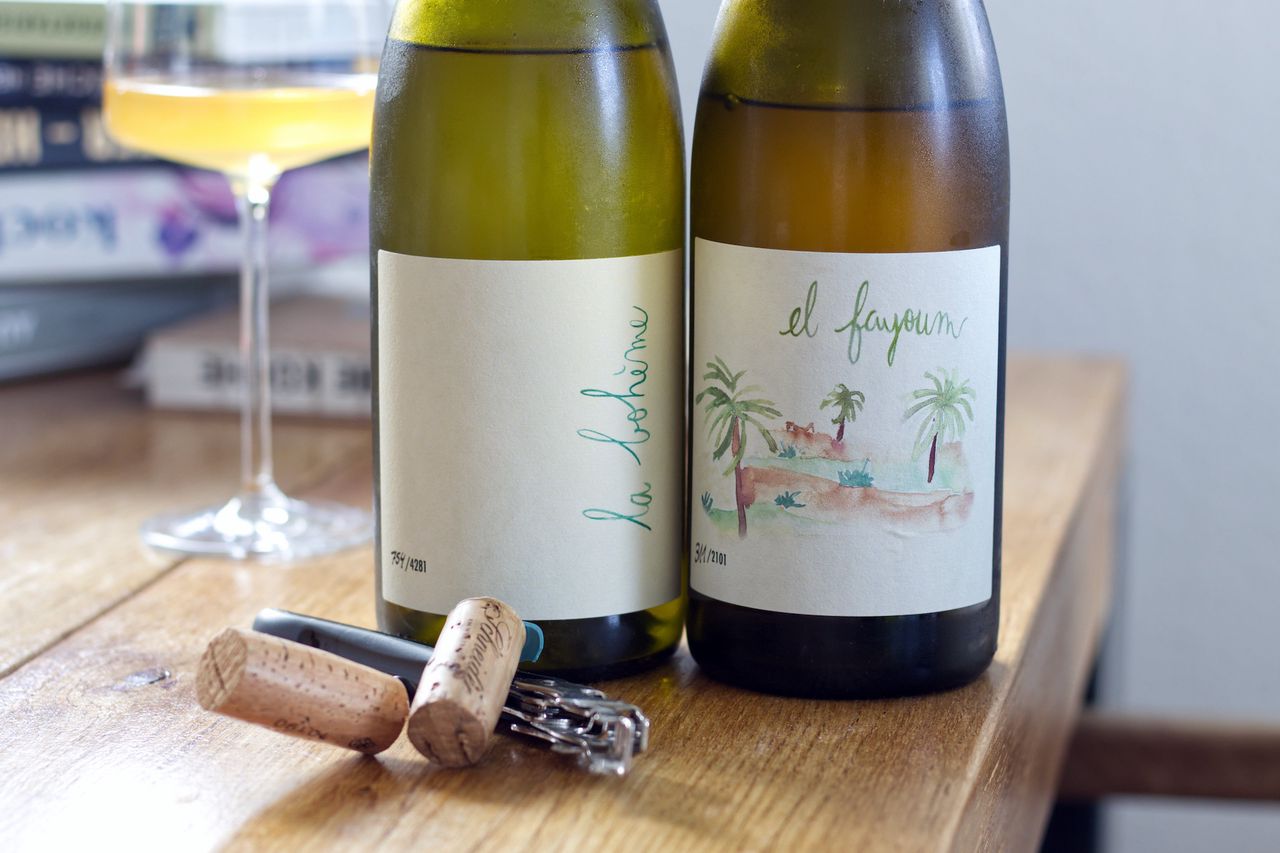 After the past September was dedicated to wines from Württemberg, the other wine-growing region in this state should not be neglected. If only it is to keep the peace at the dinner table, there is no way around focusing on wines from Baden for the next four weeks. And apart from that, I like the wines very much anyway, despite all Swabian-Baden rivalry. The perfect introduction to such a small series is probably the Gutedel, as a typical white grape variety from Baden. Whereby the two wines today are quite far from typical. We drink two bottles from Haus Gupi. Gupi stands for Gutedel and Pinot and is a wine line from the Weingut am Schlipf winery. It is located far to the southwest of the republic in Weil am Rhein, practically directly at the border triangle between Germany, France and Switzerland. Johannes and Christoph Schneider are now the sixth generation to be responsible for the wines there. The wines under the Haus Gupi label, something like the winery’s natural line, are always vinified and bottled without sulfur and are described by the winery itself as Vin de Soif, a perfect match for the blog, so to speak. We drink a bottle of La Bohème from 2019, which was fermented spontaneously after growing on limestone, was on the lees for a year and then, as already mentioned, was filled without sulfur completely fermented with 0.4 grams of residual sugar and 11% alcohol. In addition, a bottle of El Fayoum from the same soil, which was bottled after 8 months on the yeast with actually only 9% alcohol on the bottle.

We start with the La Bohème. It smells funky, but not classically funky, though of course classically funky sounds kind of silly. It simply has nothing of apple peel or volatile acidity, which is found quite often in natural wines. This one is nutty, slightly smoky and mineral for that, and basically completely fruitless. In addition, it has a little bit of caramel. In the mouth this is soft, but already has decent acidity and freshness and I’m having real trouble sorting through it in my head to find a comparable wine. This is pretty unique and pretty good too.

The wine becomes creamier overnight and then also has something fruity. A bit of peach perhaps. But that’s only in hints, as the nutty note continues to predominate on the nose. On the tongue, the wine is so starkly clean and so juicy that you actually just drink this away. This is certainly one of the most unusual but trinky chasselas to date. Great one.

The grape variety is the same, but the El Fayoum is completely different. Not just because it comes out of the bottle much darker and cloudier. I have this feeling in my head from the first sniff that I know exactly what I’m smelling but just can’t put my finger on it. Like a word that lies on one’s lips, but which is unreachable far away. But that’s not bad, quite the opposite. There’s so much going on in the wine. There’s a bit of bitter liqueur, some must, a bit of butter and herbs. In the mouth, it seems like a minimal orange, with very fine smoke and a tannin so gentle that it’s there but shouldn’t step on anyone’s toes. And again, the wine is squeaky clean.

The feeling of knowing exactly what you are smelling lasts overnight. But I’m not smarter on the second day. There is now something lemonade-like, something reminiscent of tea, herbal tea, not fruit tea and also there are jelly bananas in dark chocolate. This is so incredibly complex that you just can’t get your nose out of the glass. This is so dense and that at only 9% alcohol. Unbelievable. Maybe I would criticize a little bit in the direction tannin on the second evening, but those who read here more often already know that I am picky there and as almost always, the better half has nothing at all to criticize in that direction.

The two wines are a real discovery for me and I totally like both. I just do not know if I dare to put them on the table with the Baden relatives of the better half. Since the Wasenhaus Gutedel was already spurned there. This is then perhaps something like the Gutedel endboss. On the other hand, that would mean that more remains for me. So maybe I indeed should bring it to the table. In any case, I will have to buy some more of this stuff.