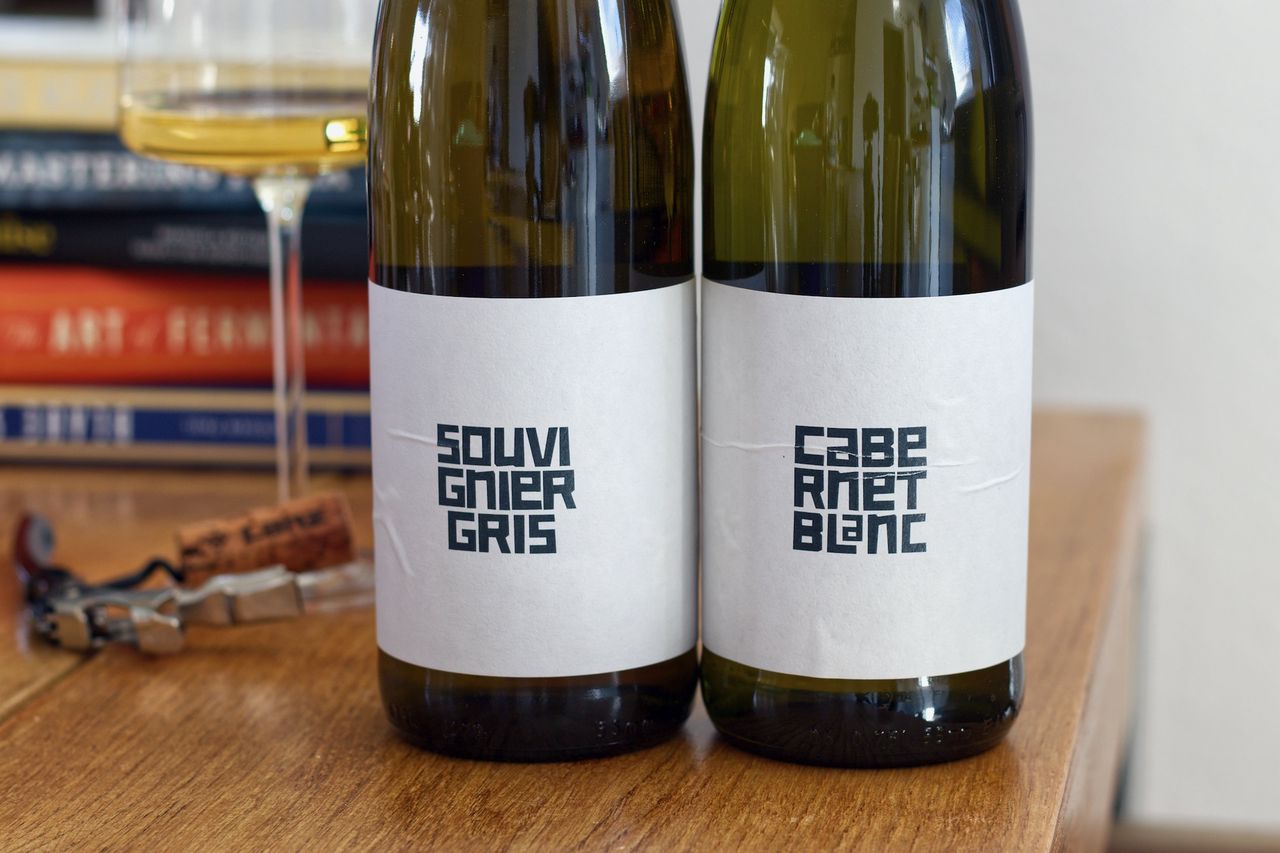 Generalizing is stupid. However, it is safe to say that most wine drinkers who have at least taken a bit of consideration in what they are drinking give wine from fungus-resistant grape varieties (PiWi) a wide berth. The amount of differing opinions is probably quite limited. And I do not want to take myself out of it. In the meantime, I try almost every PiWi, which comes across me at events, but often it remains at that. But it doesn’t have to be that way. They exist, the PiWis that you want to buy. The PiWis that you also want to drink. The ones that are good and not good, for a PiWi. Good for a PiWi is just a nice way of saying that you never want to touch it again.

Over the next four weeks, there will now be PiWis here on the blog. Sometimes a bottle, sometimes several bottles, sometimes a winery, sometimes a grape variety. But always PiWi. Because I think we can’t get around it anyway. Having to apply significantly less pesticide because of the more robust grape varieties is an advantage in the course of the changing climate, and it will become more and more important all by itself. Of course, this alone is not enough. It obviously has to taste good, too.

We start at Lake Constance at the Lanz winery. The vineyards around Nonnenhorn on eastern Lake Constance are actually in Bavaria. But in terms of viticulture, it’s Württemberg. Doesn’t make sense? No, somehow it doesn’t make sense. But if you start that discussion, then you also have to consider whether western Lake Constance now fits so well with Baden with Kaiserstuhl and Co. And then you can also look at the Tauber Valley right away. That’s why we’ll just leave it alone today. Around Nonnehorn, Bavarian Lake Constance applies, wine-growing region Württemberg. Benjamin Lanz only grows fungus-resistant varieties here. This is unusual and means that even the best vineyards of the winery are planted with PiWi. A circumstance that is not found so often. The vines grow at over 400m above sea level, quite high by German standards, and the climate is of course strongly influenced by the lake with its balancing effect and the nearby Alps. We drank a Cabernet Blanc from 2019 and a Souvignier Gris from 2018.

The Cabernet Blanc starts intensely fruity with passion fruit, gooseberries and currants on the nose. There are also some green notes. The aromatic proximity to Sauvignon Blanc is unmistakable. Anyone who has read a bit here knows that these aromatics and I are not the very best of friends. Fortunately, the wine avoids getting cheesy. And there’s plenty of passion fruit in the mouth as well, and plenty of freshness beyond that. With air, the aromatics become a bit darker and more restrained. It also gains tactility on the tongue.

A day later, the wine becomes creamier and a bit rounder. The fruit and exoticism are still intense, of course. But the acidity, which seems much crisper, now stands up to it powerfully. I actually find that quite good.

The Souvignier Gris is then a real contrast. There is little to no fruit on the nose here. There’s a bit of glue, but it’s not distracting, plus floral and woody notes. There’s a bit of a herbal smell and there’s also juniper. Kind of reminiscent of the aromatics in gin. With air, the glue becomes less and the creaminess increases. But where the music really plays here is on the tongue. The wine is very dense, juicy, has a lot of grip and texture. Only the alcohol with its 14% can be felt a bit, unfortunately. But this does not really detract from the pleasure. With more air, tangerine and other citrus fruits come in. This is unusual, but great.

After a night, the glue in the nose says hello again briefly. Also, there are more herbs and a bit of wood now. It has retained the feel on the tongue, but is no longer quite as dense and seems a bit more harmonious, as did the Cabernet Blanc on the second day. This should also age nicely for a few more years. The wine reminds me a little bit of white wines from the south. In the fruit and also in the structure. I like that a lot.