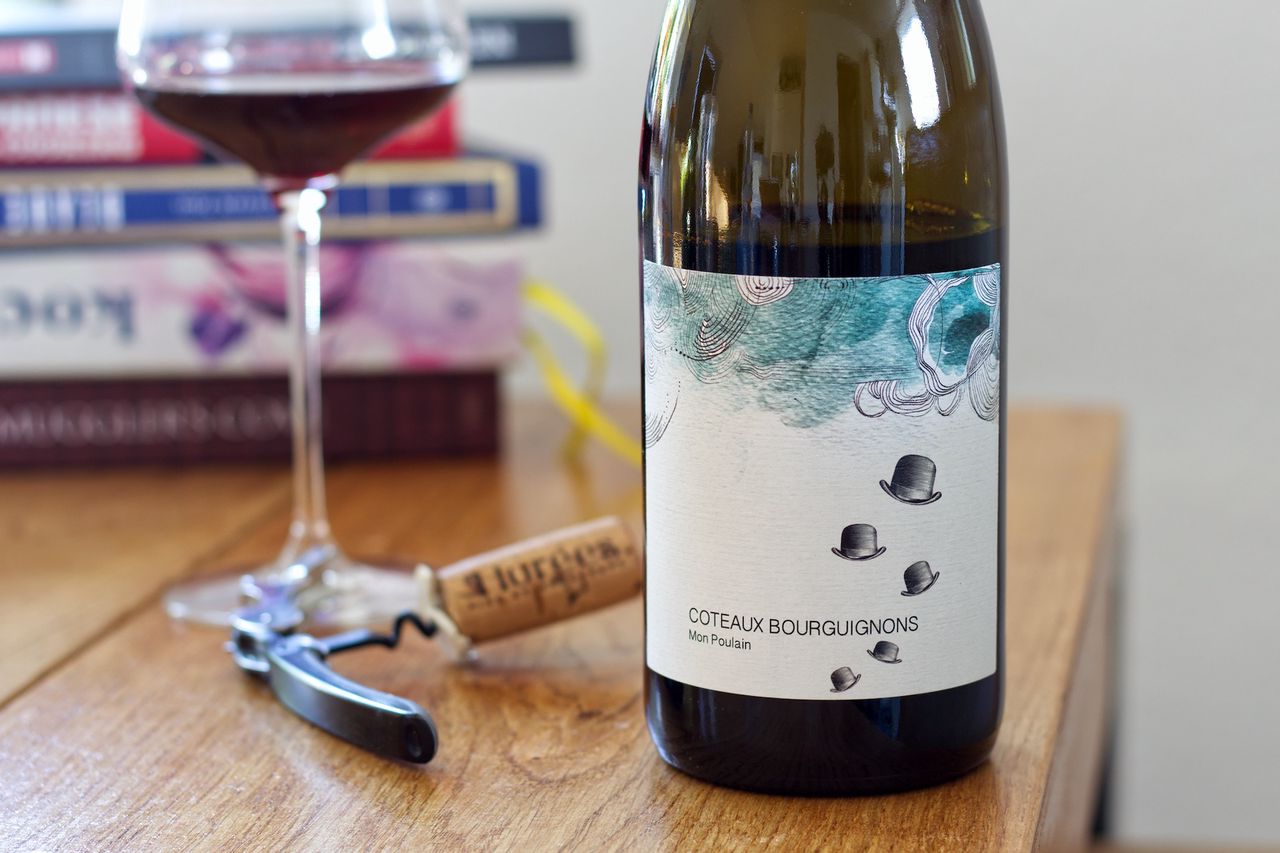 After a little thematic break due to vacation, it’s back to Burgundy. I have to stop having so much wine in my feed on social media. Whenever a label passes me by and I think that it looks quite nice and that I could try it, I realize almost every single time that it comes from some miniature producer. And then you sit there and want to have a bottle like that, but it’s not available anywhere. And when you do get hold of a bottle, it’s often really good. But that only makes everything worse, because you then scroll through the vastness of the Interwebs to somehow get another bottle. That’s not good. And then there’s the fear of cork with these esoteric single bottles that you’ll never get back. No, it’s not good.

It was pretty much the same with the Mon Poulain bottle from Les Horées. Saw it once, thought it looked quite nice, and then realized that Catharina Sadde not only produces very little but also sells out practically immediately. Catharina Sadde is originally from Germany, studied in Geisenheim and then landed in Burgundy. Before her own winery, she went through stations at wineries with very, very big names. Then, with the 2019 vintage, the first of her own wines were bottled with just over one hectare of vines. The vineyards are farmed organically by hand. The wine is aged in used barriques after spontaneous fermentation and then bottled unfiltered with minimal sulfur. The Mon Poulain is the second vintage of the winery with 2020 accordingly. The wine is a cuvée of Pinot Noir and Gamay, vinified separately and then blended together, and something of an introduction to the red wines of Les Horées. The Gamay comes from their own vineyards, the Pinot grapes are bought from other producers.

The wine smells incredibly charming. It’s a bit wild at first, but there’s also a lot of cherry, some strawberry, a hint of chocolate and a bit of marzipan. The great fruit makes it to the tongue as well, the acidity is super and the tannin quite fine. With air, the nose becomes a bit shaggier and spice comes in. Somewhat in the direction of sandalwood and cinnamon. This is just really good and that is on the one hand when drinking of course amazing, but somehow also annoying. Because repurchase is not in it for reasons described above, of course, unfortunately. Damn. The wine drinks totally carefree, but every time you smell, you can also discover something new. The wildness has now completely disappeared and the fruit has become even more beautiful. Clean, very clear and super juicy and with the spices around it, it is just really good.

Somehow, on the second evening, this is then Black Forest cake in a glass. Without the schnappsiness. I like it a lot. The structure is fine and yes, this is not a complexity monster. But this lightness when drinking mixed with the possibility of discovering something after every sip is great. There is cherry, some chocolate, jelly banana, some wood and further the cinnamon. The tannin continues to be there, but just melts away on the tongue. I also find that it lingers on the tongue for a remarkably long time. Frustrating. So yet again click and hope and click and hope.