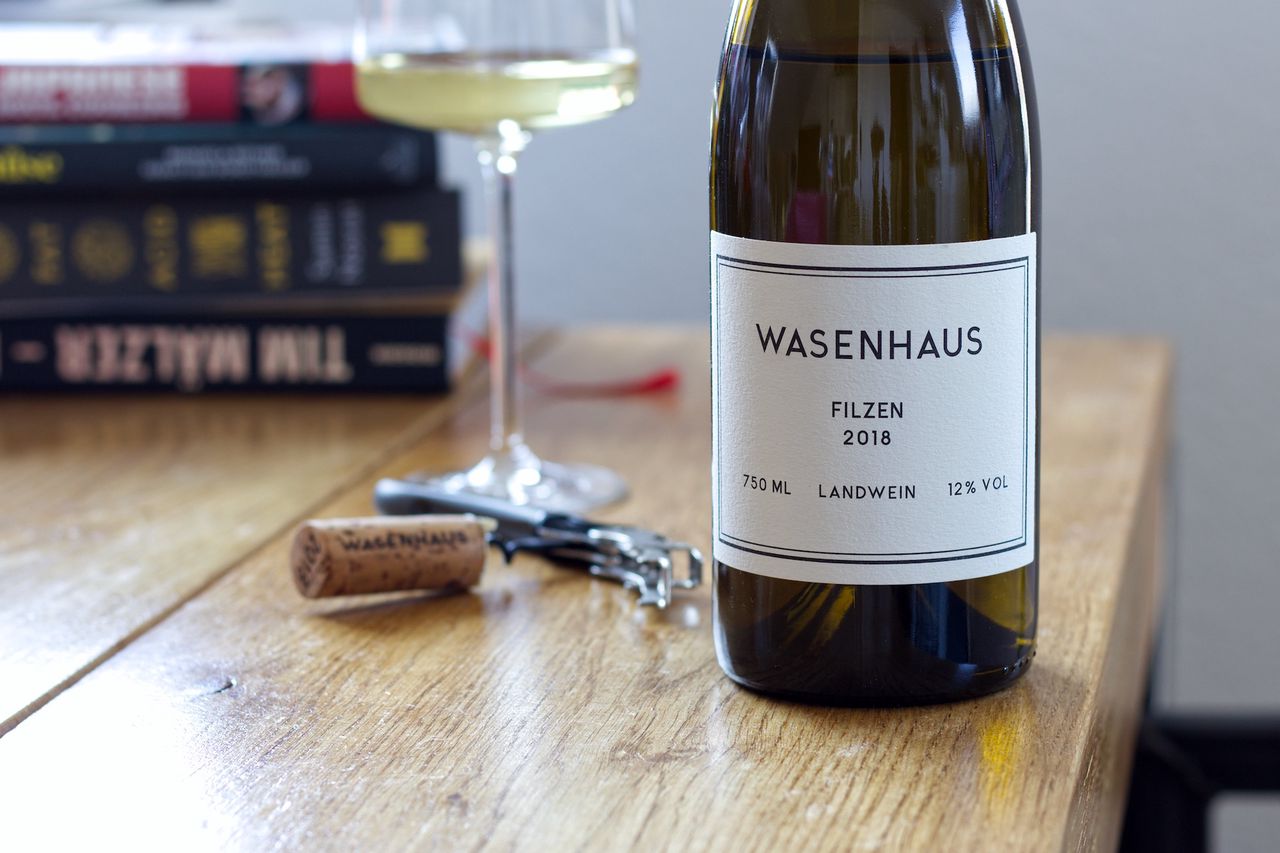 As a intermediate conclusion to the wines from Baden, we wander a good bit further south. There, a little south of Freiburg, sits the Wasenhaus winery in Staufen im Breisgau. Over time, the wines with the very characteristic and very minimalist label have appeared on the blog again and again. The principle is still the same. A lot of manual work is done in the vineyard, the wines are fermented spontaneously and then bottled unfiltered and with as little sulfur as possible as Landwein. With a label on which so little is written, then every single word is much more present and Landwein is here probably more award than designation. The Chardonnay grapes for the Filzen grow in a steep single vineyard directly above Kirchhofen, which in turn lies slightly north of Staufen, on limestone soil. The wine is then fermented in used, small wooden barrels and remains on the full lees for about a year. Before bottling, this then spends some time in stainless steel tanks on the fine lees.

We smell herbal apple tarte, some flint and also a tiny little bit of the typical natural wine apple skin. Or at least something in that direction. What is immediately noticeable is the coolness that the wine exudes. And it does so on the nose and also on the tongue and much clearer than I would have expected for 2018 and that even though Baden is not necessarily known as a Cool Climate area in the German comparison. At least the mere 12% alcohol is a hint in the direction in which the wine then also goes. On the palate, it is pretty straightforward at first and can come up with a lot of structure. But one has the feeling that it does not want to show itself completely right now. Maybe that will change.

In the aroma, a night in the refrigerator brings little change. It is still herbaceous, reductive and with pome fruit. Instead, Filzen has made a good leap forward in mouthfeel. The wine has become super juicy and has developed a very subtle creamy note. I think this is pretty great, and it was the same with the Weissburgunder, where the wine needed a bit of a run-up. In complete contrast to the Weissburgunder, however, I never had the feeling here with the Chardonnay that the wine showed the warmth and dryness of the year. The freshness is impressive and I really like the elegance and mouthfeel now with a day of air.