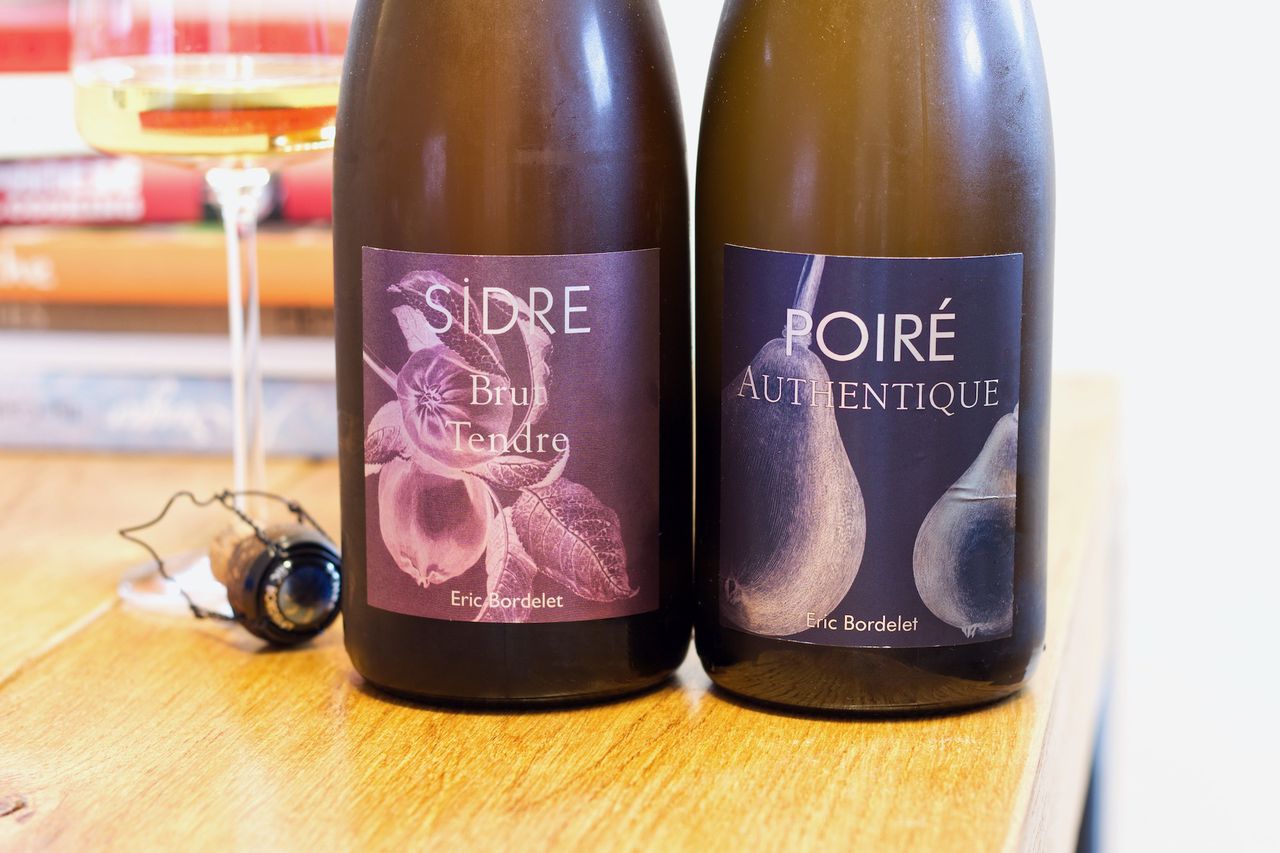 Like last year, I would like to use January to introduce at least two times drinks with little or even no alcohol. That with no alcohol at all has only worked with one bottle. But the two bubbly bottles today have under 5% alcohol each. We try two fruit sparkling wines from Normandy. Eric Bordelet was a sommelier in a three-star restaurant in Paris. Then he took over his parents’ farm in 1992 and now farms apple and pear trees with a combined total of over 50 varieties. With some of the trees several hundred years old, old vines naturally don’t stand a chance. In german we use comparing apples and pears if something can’t really be compared which would lead to a perfect setup for a play of words here. Since I have no idea if that also works in english and I read that it is apples and oranges there I spare you this. The pome fruit is organically farmed and then spontaneously fermented and gently processed into a sparkling wine. Both the Sidre Brut Tendre from apples and the Poiré Authentique from pears are not completely dry and have some residual sugar in the bottle.

Let’s start with the Poiré. It smells minimally musty, pithy, a bit of honey and you have the full load of fresh pear to go with it. On the tongue and cheeks, however, there is an amazing amount of acidity. The Poiré therefore feels super dry, fresh and rather tart. Out the back, there’s some tannin to it, reminiscent of pear core. There’s nothing reminiscent of must however and there’s nothing of that on the nose either anymore. The grip and acidity along with the intense pear fruit are great. Therefore, such a bottle does not last long.

The Sidre is more discreet on the nose at first. There’s ripe apple and a hint of Christmas spice. And also in the mouth, the apple sparkling wine seems gentler. The acidity is much more restrained and the tannin is there but seems more like a mealy, crumbly apple and not so much like apple core. But this version is also elegant and clear. It’s an art to bottle the apple like this. And the Sidre is also more on the tart side, despite its residual sugar.

We like the tension in the Poiré a tad better today, with its crisper acidity and slightly clearer fruit. But maybe that’s a bit dependent on the day. I’ve read that Eric Bordelet’s fruit sparkling wines are also supposed to age great. That’s something to try. What you have in any case, is a lot of fun while drinking and that for the just 9 euros, the Sidre costs and the Poiré is just under 13 euros. So you can just put some of it in the cellar and especially in the summer, when it’s really hot, we preferred fruit bubbles over regular bubbles more than once.