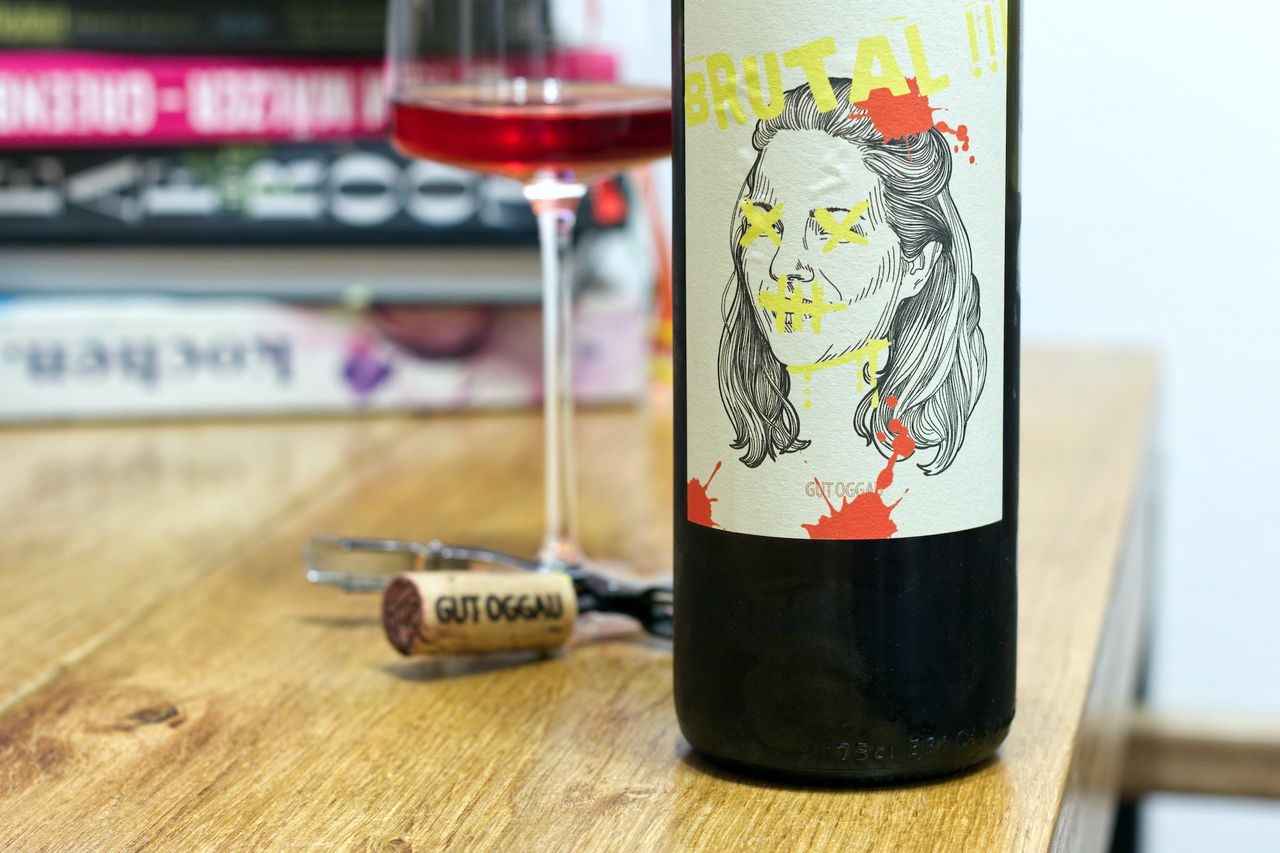 Another year with the virus is coming to an end. Brutal meets it quite well as a designation. Therefore, we end the year here on the blog with two weeks of brutal wines. These are not the first bottles of Brutal here and always the content of the bottles was exceptional. Rösler as a grape variety I had neither on the inner radar nor ever drunk or even consciously perceived that this grape variety exists. The variety is relatively new and is one of the PIWI varieties, so it is not sensitive to fungal diseases. Wikipedia, at least at the time of writing this article, disagrees on when it was bred: The infobox says 1970, the text says 1960, but what’s 10 years compared to other grape varieties that have been grown for many, many years. This fits the winery, which has also not been in the hands of Stephanie and Eduard Tscheppe-Eselböck for very long. The two only took over the winery in 2007, and yet many wine drinkers will have come across one of the characteristic labels with the faces on them. On the winery in Burgenland, 20 hectares are farmed organically. The Brutal has some maceration time, is then aged in large wooden barrels and then bottled, of course, without sulfur or other frills.

The wine does not deny its nature, of course, and starts off pretty funky on the nose. Intense aroma, some lactic notes and you can already smell the structure. In addition, there are red berries, which, however, do not go in the direction of rosé fruit but which I would actually rather put in the red wine drawer. The first sip has directly has quite some pull from a crisp acidity that spreads on the tongue. Then follows some tannin, red fruit tea and something reminiscent of sweetness. Directly a fun wine.

With more air, the Brutal gets wilder and wilder. Some would say that it stinks as it is now, but we think it’s good. This one certainly depends on ones taste, but if you like it, then it’s great. In addition, herbs, some liquorice and lactic fermentation. The taste doesn’t change that much. It continues to come across as pretty clean with popping acidity. The bit of tannin adds just the right amount of grip and somehow you slurp away while you’re searching for the right attribution of what you’re actually tasting. As I said, I can understand turning up your nose here, but at the same time you have to give the wine credit for smelling pretty alive already.

Overnight, the wildness turns into more spice. The wine is still distinctly natural and also has the typical apple skins that have been sitting in the air a bit too long, but the juiciness, freshness and fruit are also just lovely. I personally liked the tannin better on the first night, but it doesn’t hurt the drinkability, and with more air it integrates nicely back into the rest of the wine. Good stuff.