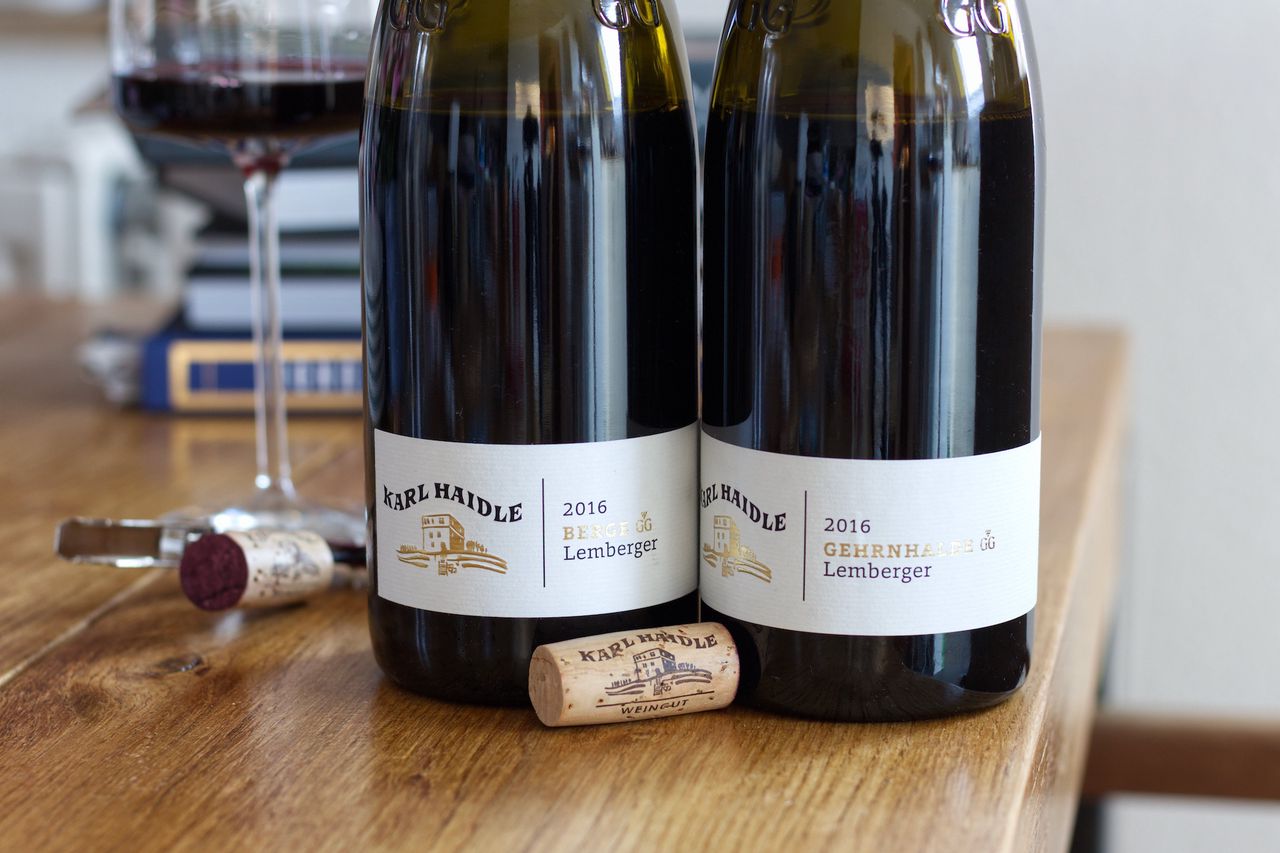 Lemberger and Württemberg belong together. For me, the Lemberger GG from the VDP wineries in Württemberg is also the real flagship of the winery. Sure, the winemakers also make great Rieslings or Pinot Noirs, but Lemberger is something special compared to other growing regions. In 2015, of about 1850 hectares of Lemberger in Germany, just under 1700 hectares were in Württemberg. That is a considerable proportion. The vines for today’s two wines are located in the Rems Valley. More precisely, in the Stettener Mönchberg site. In the past, the grapes from the two plots Berge and Gehrnhalde were vinified separately, but bottled together. In the meantime, this has changed. The Berge vineyard is located in the south of Stetten and also faces completely south. Here, the vines stand on marl and siliceous sandstone. The Gehrnhalde, on the other hand, is located more to the west of Stetten, has an eastern exposure and the vines here are on reed sandstone. Both wines are fermented spontaneously at the Karl Haidle winery and then aged first in small and then in large wooden barrels on the fine lees. Both wines are from the year 2016.

We start with the Berge bottle. The fruit is great and intense, there is blueberry, cherry, some cinnamon and dried fruit. Very elegant with some wood and even more spice behind it. Also on the tongue the wine is very juicy, fresh but still with a lot of pull and power in the tannin. Some time in the open bottle or a decanter can’t hurt.

Even a day later, the fruit is still beautiful. It does seem a bit more muted, but combined with the spices, some marzipan, sour cherries and the wood note, it’s a lot of fun. As expected, the tannin has benefited from air contact. It still has power, but now seems a good bit more approachable. The wine drinks very nicely this way.

The wine from the Gehrnhalde vineyard also has a nice fruit, but it feels much spicier. There is more earth, some essential oil and buttery caramel. In direct comparison, I would say it appears more serious, maybe even a bit less approachable at first. And there’s not quite as much fruit on the tongue as with the Berge, either. The acidity gives freshness, it feels rather cool anyway, much cooler than the Berge that is, has great length and also a powerful grip from the tannin.

With more air, the two wines develop then also clearly different. The Gehrnhalde seems even more spicy after the night. The fruit is quite dark, there also is menthol, which now appears on the tongue as well. In addition, some clove, cool rosehip and there is also still the feeling that the wine is a bit more distant, wants a bit more attention. But maybe that’s only in direct comparison to the just incredibly charming Berge.

With both wines I have the feeling that there are still many years of potential in the bottle. The freshness is great, the fruit is too and with both there is much to discover in their own way.