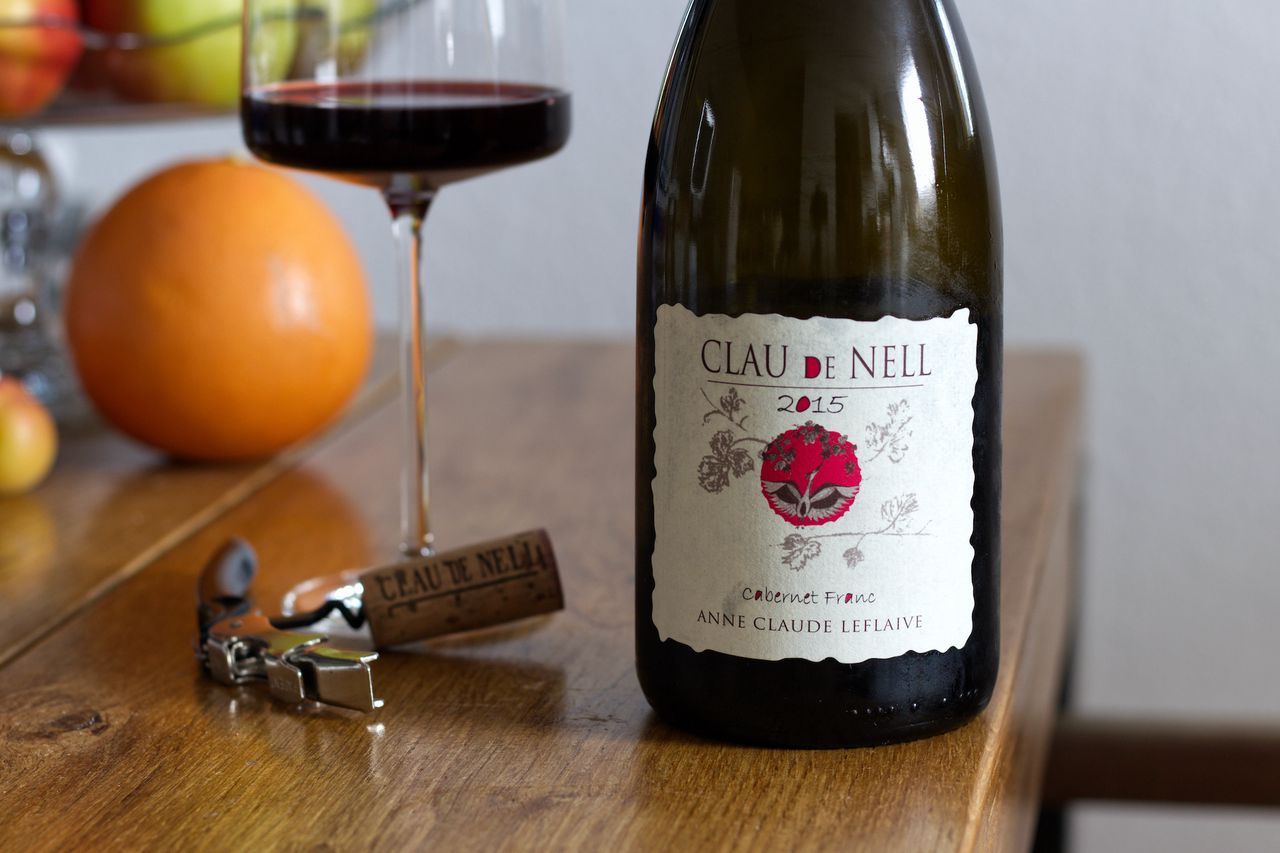 The Loire is large and the variety of wines is no smaller which I already mentioned in another post. Given that we drink more white wine than red wine, we had the white varieties of the Loire before we went for the red ones. Time to let the view wander further, since these posts are above all mostly intended to expand my own horizons. The most important red grape variety on the Loire is Cabernet Franc with a little over half of red grapes grown there. So it is obvious to start with that. This time we are drinking a representative from the Clau de Nell winery from 2015. The domaine was founded in 2001 by Claude Pichard and his partner Nelly. The vines were and still are farmed biodynamically. Only a few years later, the farm was in financial difficulties. Anne-Claude Leflaive, from the famous Domaine Leflaive in Burgundy, then stepped in and took over the entire estate. After her death, the winery is now run by her husband Christian Jacques. About five hectares of the farm are planted with Cabernet Franc, which is grown on sandy soils and red flint on tuffeau, a type of limestone. The grapes are hand-picked, destemmed and fermented spontaneously, and the must is then left on the skins for 30 days. The wine is afterwards aged for a year on the fine lees in used barrique barrels before going into large wood for another six months.

Let’s take the cork out of the bottle and taste. The fruit is intense right away. Dark, red berry fruit, almost black and more blackberry than cassis. Dense and intense it certainly is. Behind that, an ethereal herbal note hints. In the mouth, the wine packs a punch. It has a great, fresh acidity. The fruit on the nose then slowly recedes and the wine becomes more structured and woody in its flavor. In any case, there is a lot going on when smelling.

With even more air, more undergrowth comes in. At the same time, the ethereal note becomes more pronounced. My fellow drinker smells lilac and lavender. With the lilac I can agree, lavender I have none. In the end, it is one’s own chain of associations that decides the taste. On the tongue, vanilla is added, the acidity remains and gives freshness. The tannin is there, but rather on the soft side.

Overnight, the Cabernet Franc becomes leaner. What started out as an intense blend of dark berries now seems more elegant and much cooler in aroma. Clearly the fruit remains dark, berry and sweet, but it is joined by cold fruit tea, more forest floor and the vanilla has made the leap from the palate to the nose. The tannin grips tighter than it did on the first evening. I think the wine is just great slightly chilled in the current warmer temperatures. The back label suggests 16 degrees Celcius and plenty of air. Let’s just stick to that.