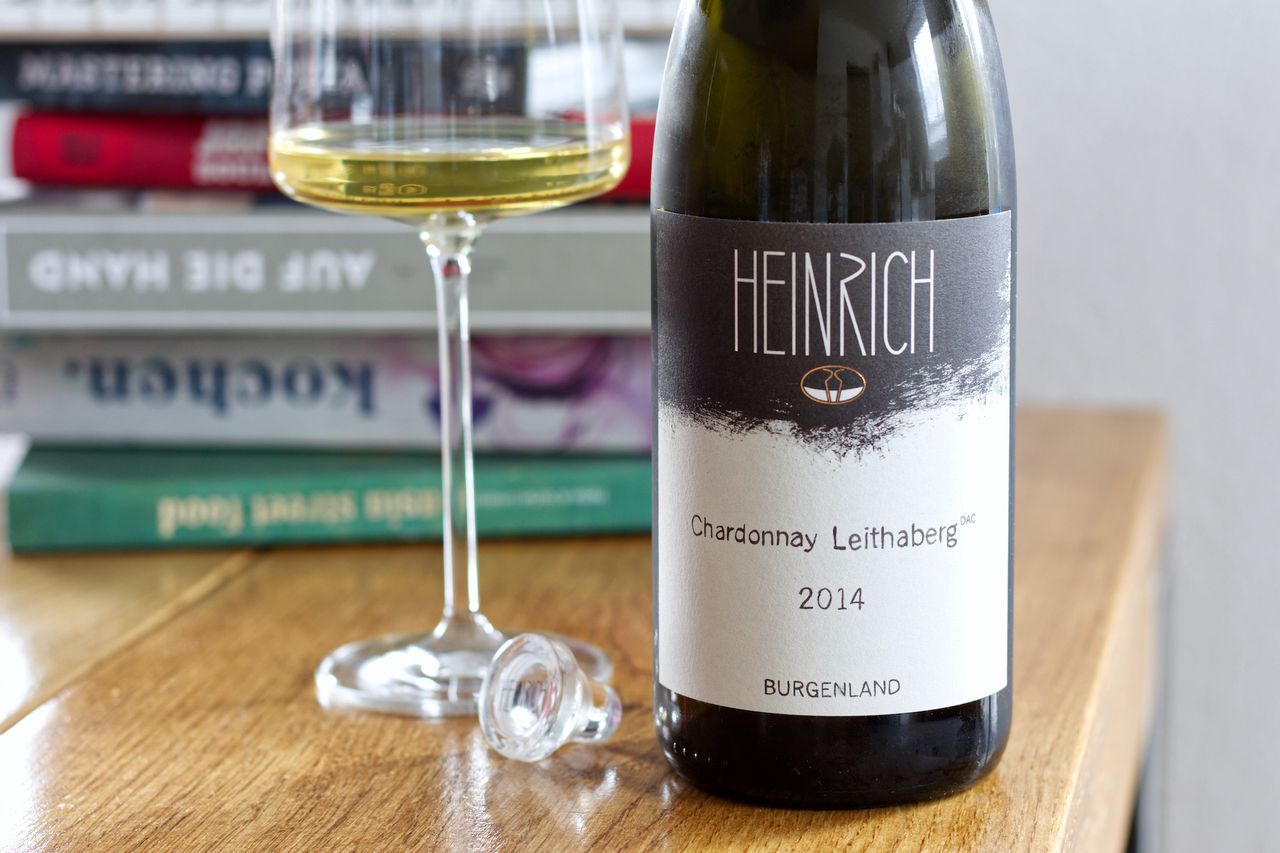 Unlike the last bottle from Weingut Heinrich, this one is all glass, from the stopper to the bottle itself. Of course, this doesn’t change the fact that the wine was made with just as much manual labour, but thanks to the glass closure, it reduces the fear of a possible cork error or a cork that doesn’t close well immensely. The Chardonnay vines for the wine stand on the Leithagebirge on soil with limestone and slate components. Heinrich’s Leithaberg contains grapes from various sites in the Leithagebirge, which remained on the skins for one night after the 2014 harvest and were allowed to mature on their own lees in used wood for another 19 months after spontaneous fermentation. The wine was then bottled in May 2016 and had a few more years in the bottle before it was poured into our glasses.

And there is a lot going on immediately after opening. The wine is extremely dense on the nose, nutty with notes of kumquats and smoke and a bit of flint. Despite the time in the bottle, the Chardonnay can take a lot of air. A glass stopper lets less of it into the bottle after all. It is also hard to grip on the tongue and enormously dense and firm. The wine has acidity, citrus fruit, a little wood and at the end, clearly after swallowing, a fine buttery note. Here, you also think you can taste the maturity in the bottle, which is not noticeable in the nose, which remains dense despite the air. The Chardonnay is uncompromising, fruity, but enormously long and gripping.

This intensity remains throughout the evening. Wood, flint, a hint of fruit and the smoke. In the mouth it becomes finer, the spice dominates, but it now seems enormously fresh and gets a pleasant salty note on the lips at the back. It feels like it is still at the very beginning of its development and what is definitely clear is that you have quite a lot of wine in the glass here.

The night brings herbs, it gets butterier but doesn’t quite want to open up or become much more accessible even now. No matter, we have fun. The toasty smokiness, the mouthfeel, this straightforwardness and yet the intense density is great. Not necessarily a wine for a relaxed glass in the afternoon, much more an intense and interesting Chardonnay experience.