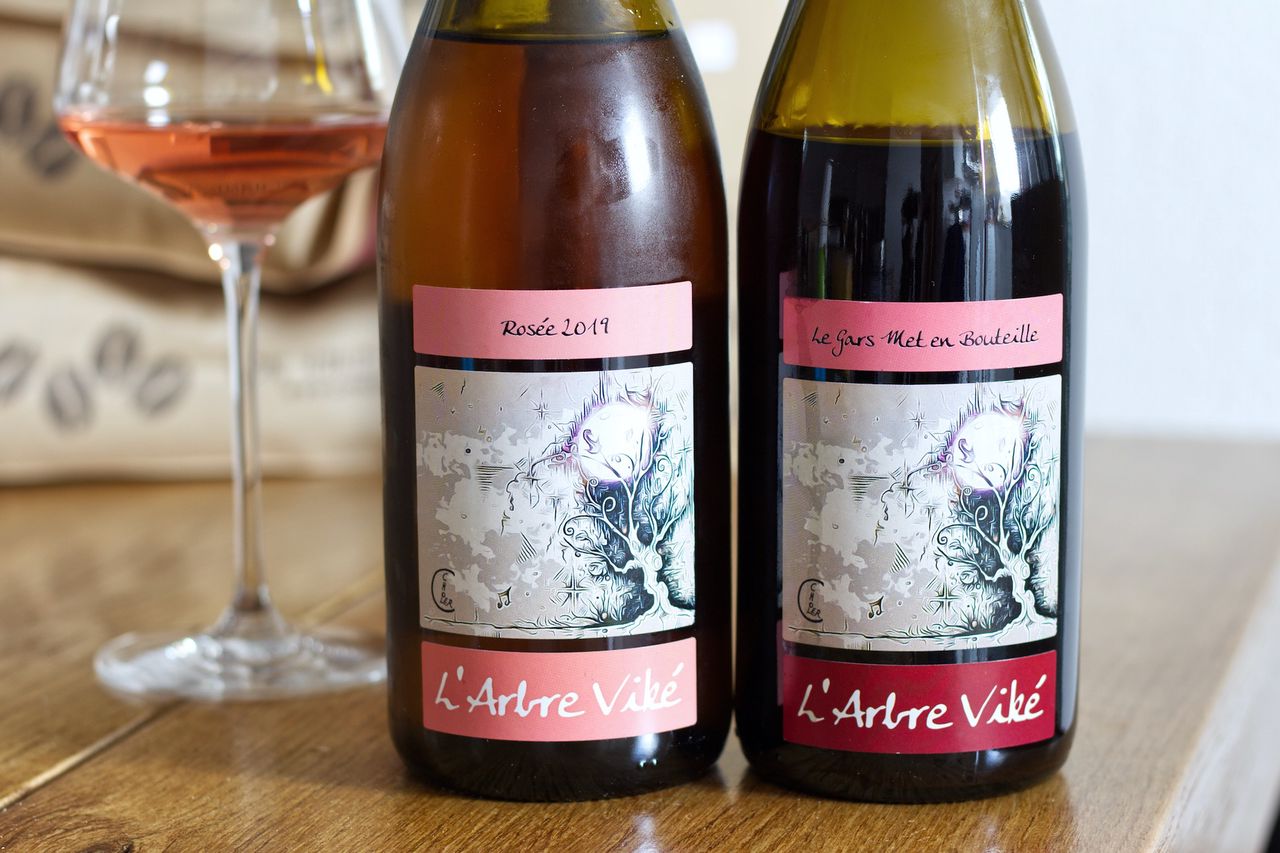 This is the time of the year when the anticipation of new Moselle wines is at its greatest. If only we could go from winery to winery just one week from now and taste countless new wines in the context of Mythos Mosel. But this year everything is different. So we have to stay optimistic, look forward to 2021 and yet also reminisce a little about last year. One of the stops that will remain in our memory is the Staffelter Hof and its guests from Lorraine. In particular, we really enjoyed the wines from the L’Arbre Viké winery last year. But since Jan Tailler, the winemaker, only produces relatively small quantities and when asked where we could buy the wines here, he just shrugged his shoulders, I had already resigned myself to not having the wines in my glass again so quickly. So I was all the more pleased that there was an online tasting at the Staffelter Hof with exactly the same guests as last year and that I was able to buy the package despite missing the tasting. The typical wine from that area is the Gris de Tôul, a rosé of mainly Gamay, which is produced like a white wine. At L’Arbre Viké this rosé is called Rosée, contains a little bit of Pinot Noir and is allowed to mature in wooden barrels for an additional six months. We also drink Le Gars Met en Bouteille, a pure Gamay, which was also aged for six months in wood. Both wines are from 2019, are not filtered and no sulphur was added. Jan Tailler has only been making wine on the Côtes de Tôul since 2015 and is currently in the process of converting towards organic certification, which will be completed with the 2020 vintage. I had never heard of the region itself before and that is a shame and at the same time a reason why such events are actually so great.

The Rosée starts off with natural wine notes which means lots of apple skin. Nice acidity, very fresh and a bit unround still. Some sips are a bit too alcoholic, but then again not, yeast pastry is there in between, but not always, the wine is still in its finding phase and lots of air is recommended. At the back of the tongue, berries appear with a nice structure and strong development under the influence of air. It was a mistake to uncork only the red one one evening earlier, but turning back time is harder than swirling the glass intensely. The content becomes more and more structured, almost edgy, the alcohol is better integrated and the now smellable peach is accompanied by a certain creaminess on the palate, then pear and always a good portion of must.

This development continues overnight. The apple skin, which was present at the beginning, becomes more integrated, the peach becomes stronger, in the mouth a note of cold fruit tea is added and everything is living on the very present acidity. This is a perfect summer wine, but it should be allowed a little more time in the cellar.

As already mentioned, we uncorked the Le Gars Met en Bouteille one evening before. Straight from the freshly opened bottle, red berries come out of the glass, a little wood and a touch of chocolate bar with raspberry filling and unfortunately a certain lack of definition.

Someone must have dropped by overnight at the refrigerator to resort the individual parts and sharpen them vigorously. The development is enormous. Intense cherry fruit, vanilla and in addition a great, fine cinnamon note to the still existing red berries. Very clear now, straight ahead, focused and slender. Rather cool, rather little tannin, the pull on the tongue, the desire for the next sip comes from the acidity. With more air, something cardamom and plum half-frozen comes next to the cinnamon. Lightly chilled, this is a real pleasure.

The same goes on one day later, although detailed observations were no longer possible due to a lack of bottle contents. It just drank too well.

Neither of these are monsters of complexity of course, but they don’t have to be. The wines cost less than 10 Euros each. And there is already a lot of fun in the glass without considering the price. In any case, I am very happy to have tested these wines once again.